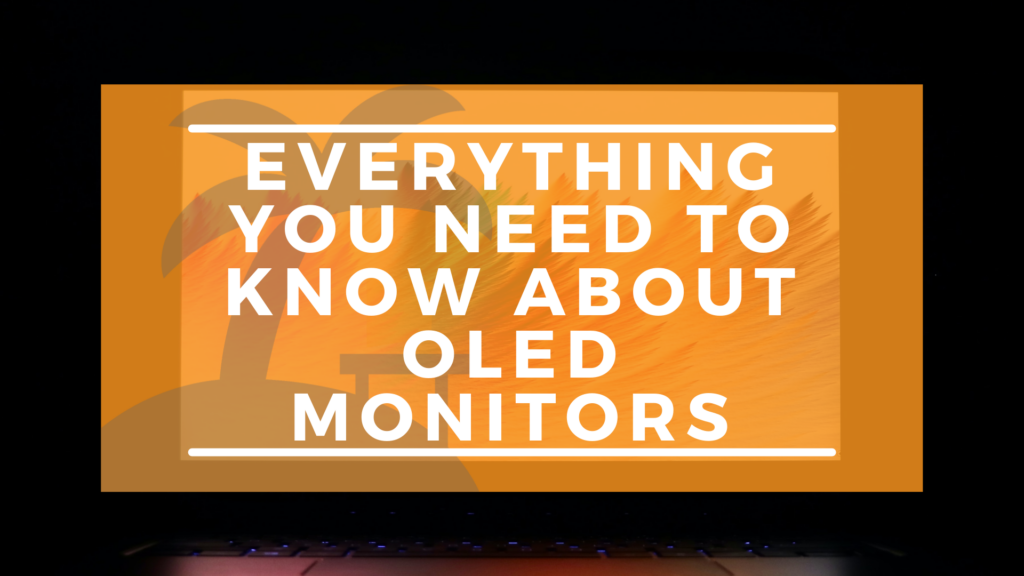 OLED Monitors are almost too good to be true. If you have ever used one of these screens, you know what I’m talking about.  The colors seem fuller, there is more detail in the darks, and maybe some other things that are harder to pin down just on a first impression.

There is nothing quite like OLED screens on the market today. So it can be a curious discovery to learn that OLED is a technology discovered in the late 1970s.

Even though it has been around for some time, it is not used in the same way it was before. The new way it is being used is a game changer for TVs and Monitors (1). 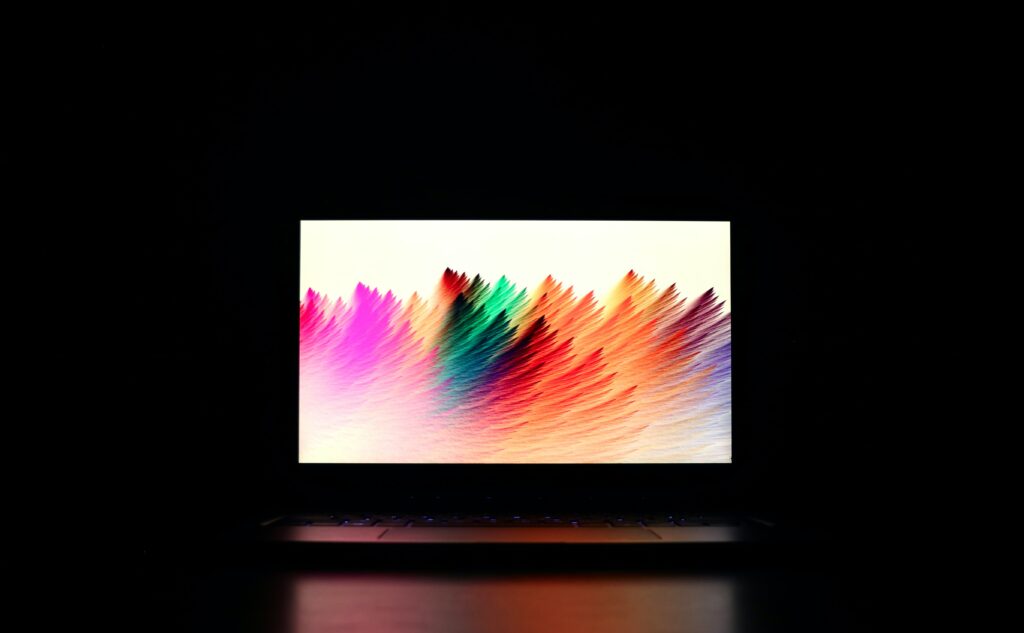 What Does OLED Stand For?

OLED stands for Organic Light Emitting Diodes. LED screens are pretty similar, in theory, but once you put it into practice, you’ll notice just how different the two display types are.

The major difference between LED and OLED displays is how they are lit. LED has pixel displays that are backlit to be made visible. OLED on the other hand is not backlit. The Pixels in OLED displays emit their own light.

So they don’t have a backlight. Does that make them better? Well, yes. It can be comparatively better for your eyes than some other screens.

Additionally, the visual experience is unparalleled. The colors are more accurate and full, the shadows are rich and detailed, the entire image is much crisper. LG even claims that their OLED Screens display a perfect black. 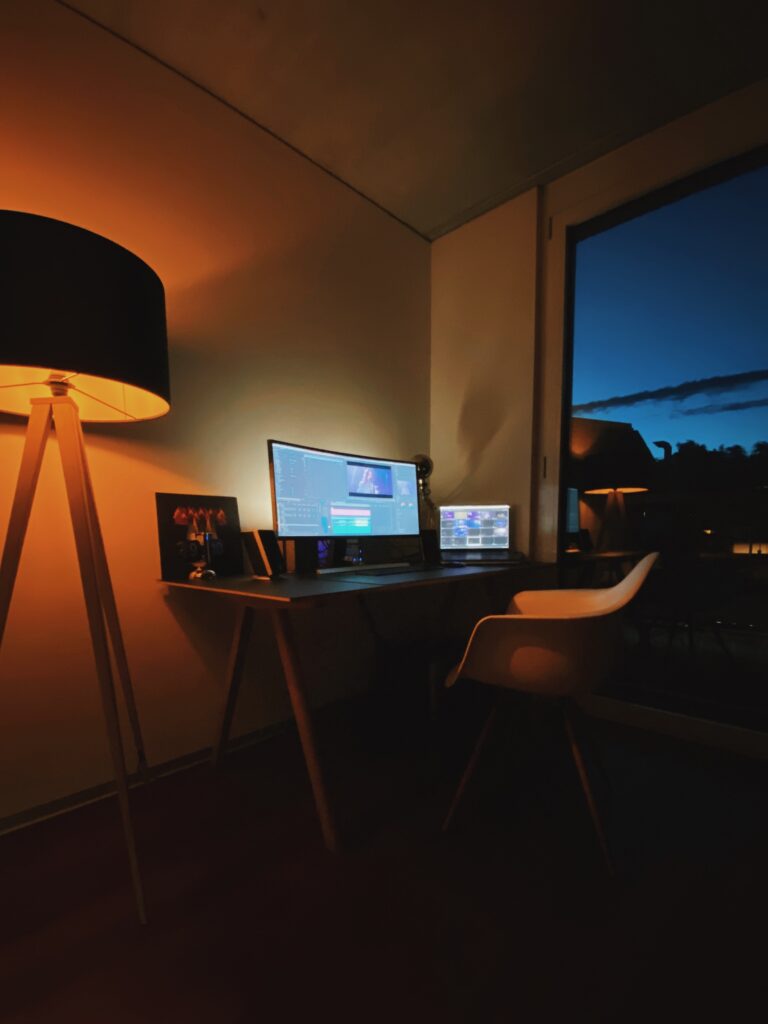 Another great little bonus to OLED monitors is that they can be thinner than LED and other monitors. Smaller hardware with better visuals is always a big plus!

On the more technical side, they all have similar power consumption, the lifespan is expected to be the same, and resolution options top out at 4k & 8k.

Now, where OLED can really blow the rest of them out of the water is viewing angle; some screens are clearly not meant to be viewed from the side, some optimize to be enjoyed from less preferable seats. OLED screens are designed so even the “bad seat” is still a great seat to enjoy watching from. In short: no angle is too wide.

When you scale it down to the individual pixels, OLED has much more control over the imagery and colors since they omit their own light. Alternative displays all use backlighting which provides an overall less accurate color display for the images.

Why Are There No OLED Computer Monitors?

Something that you may discover as you leap into the world of OLED is that it is primarily OLED TVs on the market. There is a good reason for that.

While it produces some of the best visuals of any screen you could dream of, the refresh rate isn’t as high as some monitors. With gamers in mind, many companies realize that 120Hz refresh is just not enough for professional gamers.

Since many people are willing to give up the high quality image for a faster refresh rate, OLED monitors are not as popular.

If you aren’t doing anything incredibly out of the ordinary, like professional gaming, then you won’t even notice the lower refresh rates. Even at 120Hz, that’s still a quick rate, but the general norm is 144Hz these days. 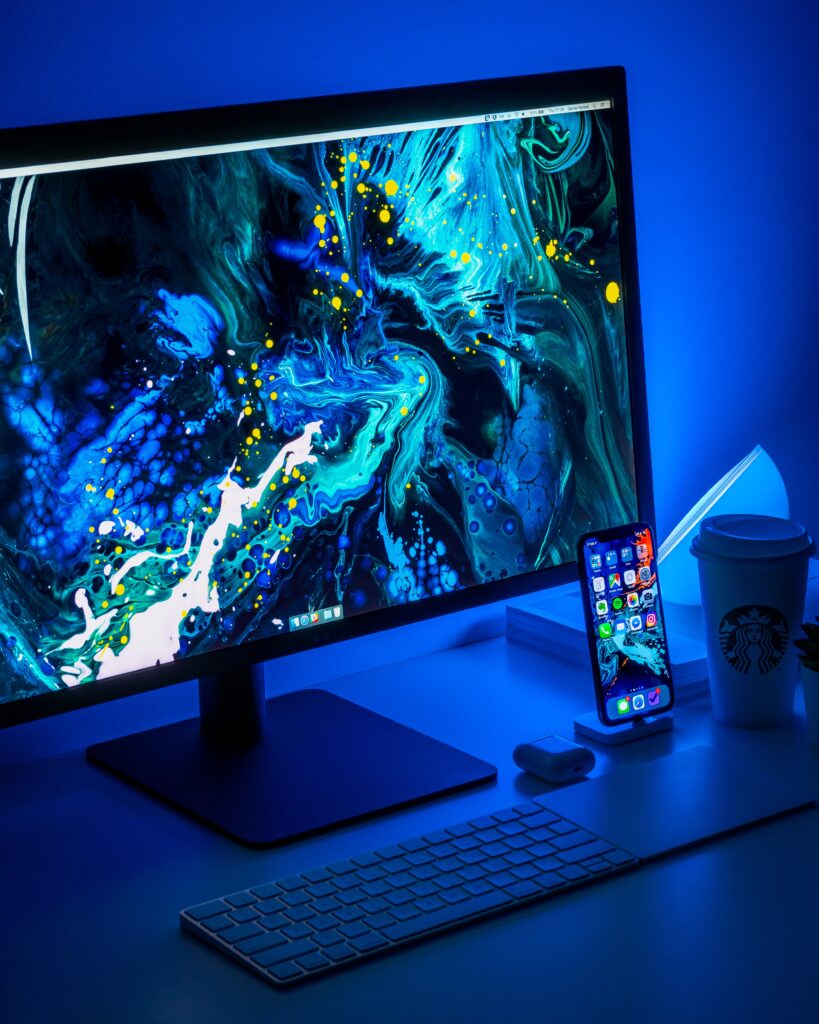 While the talk of 144Hz is possible, it might not be worth the financial investment. That brings us to the next point: cost. This immaculate display does cost a pretty penny. With that being said, you should make sure that display colors and the visual experience is high on your list prior to your purchase.

OLED and Its One Major Downfall

Historically, OLED monitors have been especially susceptible to burn ins. This is when a permanent image burns itself into the pixels of your screen. Sometimes a reset can fix it, but if the hardware is getting old, it can mean the end of its peak lifespan.

While there are ways to prevent burn ins, OLED monitors are likely to experience them towards the end of their lifespan. However, that is around 8-10 years of use.

Since this application of OLED tech is relatively new, it is reasonable to expect that burn ins may be less susceptible in future models or delayed until later in the screens life. Only time will tell with this new technology’s use.

By now you can probably tell the ways OLED screens really excel. Fuller and more accurate colors, and richer shadows and details, all alongside incredible pixel-by-pixel control make it the best viewing technology option on the market. Think about what is important to you as you shop for a new monitor, and if its display accuracy, give some consideration to OLED screens.

As more is discovered about OLED, we should start seeing higher specs on the screens for better prices. For those keen on having the best there is, it does come at a relatively high cost.