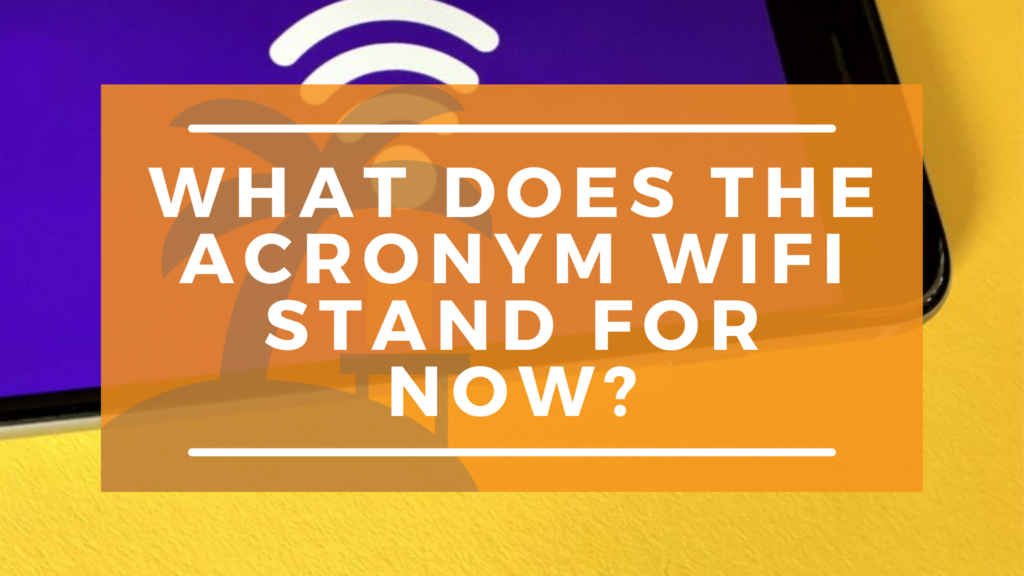 The internet is one of the most demanding industries to understand because of so many changes in so little time. It’s almost impossible to predict the following change that is about to occur. A few years ago, WiFi wasn’t a thing, and it was virtually unimaginable to think that something could make browsing so easy, but now it’s a reality.

People are only now genuinely knowing the usefulness of this browsing medium. However, to date, there are many confusions about WiFi and what it entails, what it means, and how safe it is as a means of surfing the internet. That’s one of the reasons we are penning this piece, as we hope that you’ll have a clear picture at the end of the day.

There aren’t many parts of the internet that are shrouded in mystery, like WiFi, and that’s ironical considering that only a few things are as helpful as WiFi, hence the need for this piece.

Here, we will be defining what WiFi is and what it stands for, giving you a couple of pointers about how secure private WiFi is and whether public WiFi is a more certain proposition. We will also be giving you valuable tips on making your WiFi more confident and safe for all the going-ins and outs you plan to do.

We will also give you a couple of alternatives to WiFi, if it isn’t exactly your cup of tea, and in the end, we will provide you with parting advice. So without further ado, let’s get down to learning a lot about one of technology’s most essential additions to civilization!

What is WiFi, and what does it stand for?

Simply put, “WiFi is the name of a wireless networking technology that uses radio waves to provide high-speed network and Internet connections.”

WiFi had been around for a while, and it has been the primary source of internet connection for people looking to access the internet at a break-neck speed no matter where they find themselves at any point in time.WiFi Alliance created it, “an organization that owns the WiFi (registered trademark) term and specifically defines WiFi as “wireless local area network (WLAN) products that are based on the Institute of Electrical and Electronics Engineers (IEEE) 802.11 standards.”

The term WiFi has frequently been misconstrued to mean wireless fidelity, when in fact, it is “simply a trademarked term meaning IEEE 802.11x”. WiFi has grown from such humble beginnings in its infant stage, and it is now a global brand that has aided the growth of companies and the network access of big cities.

There’s an electronic device that can’t be connected to WiFi these days, at is a fantastic channel for simple and complex works and business transactions.

Then there’s the question. What does the acronym for WiFi stand for, and what does WiFi stand for now? In a nutshell, WiFi is simply a trademarked term meaning IEEE 802.11x, and it does not stand for wireless fidelity; it never has and never will. Just try to enjoy the best services that WiFi has to offer and avoid giving wireless fidelity the credit it didn’t earn.

How Secure is Private and Public WiFi 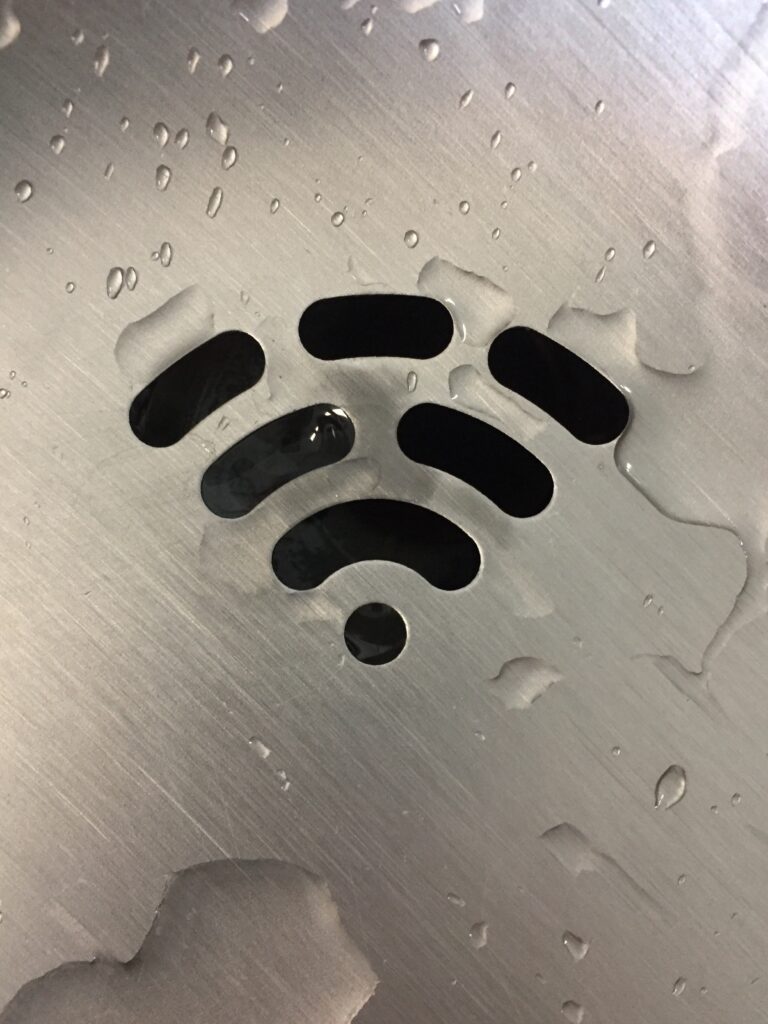 Since it became a big deal in the mid-2000s, WiFi has had its safety and security questioned, most times out of curiosity than anything else. That question is pretty valid, as people must know what they are getting into to avoid stories that touch a sensitive spot. Here we will be examining the security that private WiFi and public WiFi offer, and we’ll be going in-depth.

Private WiFi is way more secure than public WiFi because it has been encrypted from the start. However, due to some unforeseen scenarios, that might not be the case, and you might have to do a few things from your end, which are essential to reap the fruits of a significant investment. So here are a few ways to make your private WiFi even more secure.

If your WiFi router is using WEP, change it to WPA/WPA2

It might sometimes be due to mischief, it might sometimes be out of ignorance, but it’s not uncommon to see private WiFi not encrypted. That isn’t such a big deal if you can do a straightforward thing: to change WEP (Wired Equivalent Privacy), as it is out of date and has serious vulnerabilities. Instead, use WPA/WPA2, as they are amongst the strongest right now.

Once your private WiFi has been set up, do not hesitate to change the default password into something you know, as that’s a pretty powerful way to avoid security breaches.

It’s worthy of note that “many of these default passwords are easily guessed by hackers.” So ensure that you do the needful to avoid being exposed to such ruthless shenanigans.

We’ve seen just about everyone on the internet disrespect firewalls, and one of our biggest fears is that the disrespect would needlessly creep into your private WiFi settings and would lead to numerous regrets. All routers come with firewall capability, but you can turn off this default setting, so ensure that you aren’t one of the clueless that turn it off, as you would be exposing yourself to viruses and nefarious activities.

Public WiFi is miles behind private WiFi services in terms of security, and the reasons for such a disparity aren’t quite challenging to find.

Here we will be giving you some valuable tips on improving the safety of your device when accessing the internet through public WiFi. Be warned because it might make you want to invest in private WiFi, which is a good thing, come to think of it.

It’s not breaking news that public WiFi services are insecure and frankly utterly porous. So the least you can do for your device and yourself is to be aware and incredibly cautious.

When accessing the internet via public WiFi, ensure that you’re careful about the details you input. Make sure you don’t put anything personal via such a means; a never do good might be wiretapping your unencrypted information. As they say, “a word is enough for the wise.”

Treat all WiFi links with suspicion

We don’t care if your best buddy or class teacher sent the link to you; neither are we concerned about the deadline that comes with the potential redemption of a prize. We are worried about your Internet surfing safety, which is why we are pleading that you treat all WiFi links with suspicion.

Make sure you question everything, scrutinize the tiniest of details, as that’s the only way you would be doing your best not to fall into the waiting trap of a hacker or data thief.

Use a Virtual Private Network

VPNs are some of the most astounding inventions known to the internet, as they are known to cut so much unnecessary fluff and reduce insecurity.

It’s essential to utilize a VPN when browsing via a public WiFi, as “by using a VPN when you connect to a public WiFi network, you’ll effectively be using a ‘private tunnel’ that encrypts all of your data that passes through the network.” If that isn’t a masterstroke, I wonder what it is?

Now that we have shown you how to secure public and private WiFi services and make them even more secure. It’s high time we offer you some alternatives to WiFi, if it still isn’t your cup of tea. Here are some of the most valuable options for WiFi, with each having its advantages and disadvantages. 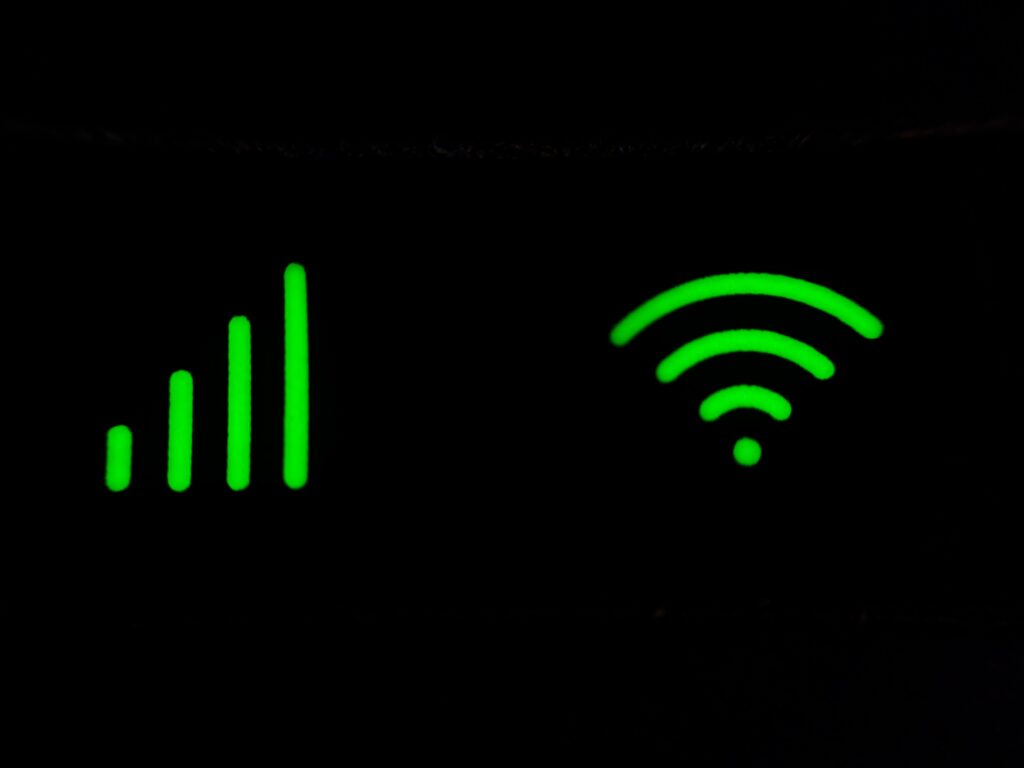 We all have an idea of what cellular connectivity is, as we’ve seen the icon at the top of our telephones a couple of times. Cellular connectivity is the number one alternative for WiFi services, as it is the closest in operation and the next best thing as far as efficiency is considered.

One of the main features of cellular connectivity is its range, as long as you are within range of a cellular tower (which is most of the time). You can connect to anyone or any ‘thing’ on a global scale, making it a worthy alternative to most WiFi services.

Also, cellular is easy to use, it is compatible with most devices, and you’ll check your data consumption with remarkable ease. That’s coupled with the stability it assures, as it rarely cuts out like some of the other alternatives on this list.

Zigbee might not be the most popular name on this list, but it sure gets the job done and in excellent time. Zigbee works “using a mesh network structure—connecting a host of sensors or devices so that they work seamlessly together to distribute data to the chosen device,” which makes it one of the better alternatives to WiFi services.

There’s also the low data transfer it offers, which comes in at a superb and data-friendly 250 kbps, making it an affordable proposition. Then there’s the ease of connection, ease of installation, and the operational efficiency it exudes.

The only actual flaw is the short coverage range which isn’t anything to write home about, coming in at a pea-sized 30-50 feet of each other.

Bluetooth certainly needs but the introduction, as it “enables users to send data across short distances using wireless technology.” Bluetooth ticks many boxes, and coupled with its steady curve in improvement; there’s no reason why people won’t give it a fair shot.

The low power consumption assures as it has worked on this delivery aspect for quite some time. Then there’s the competitive bandwidth of 2Mbps, which ensures giving you a lot of things to look forward to.

Bluetooth might have its faults, such as the low range capabilities of below 30ft and the lack of compatibility with numerous devices. There’s no doubt that Bluetooth is an excellent alternative if WiFi decides to go on a well-deserved break.

WiFi is more famous than the creators imagined it to be, as it is the only connectivity option that goes all around the world and still doesn’t compromise on its excellent standards.

The few flaws that WiFi services have are a result of security, and these can be remedied if you follow the well-laid-out steps that we brought to your notice. It’s also worthy of note that no connection model or connectivity interface is foolproof; the user also has a large part to play to ensure its usefulness and sustainability.

We hope that we have cleared the age-old confusion as to what the WiFi acronym stands for, and we are sure that you know what WiFi stands for now. It is put “the name of a wireless networking technology that uses radio waves to provide high-speed network and internet connections.” We can finally put the confusion around wireless fidelity to rest.