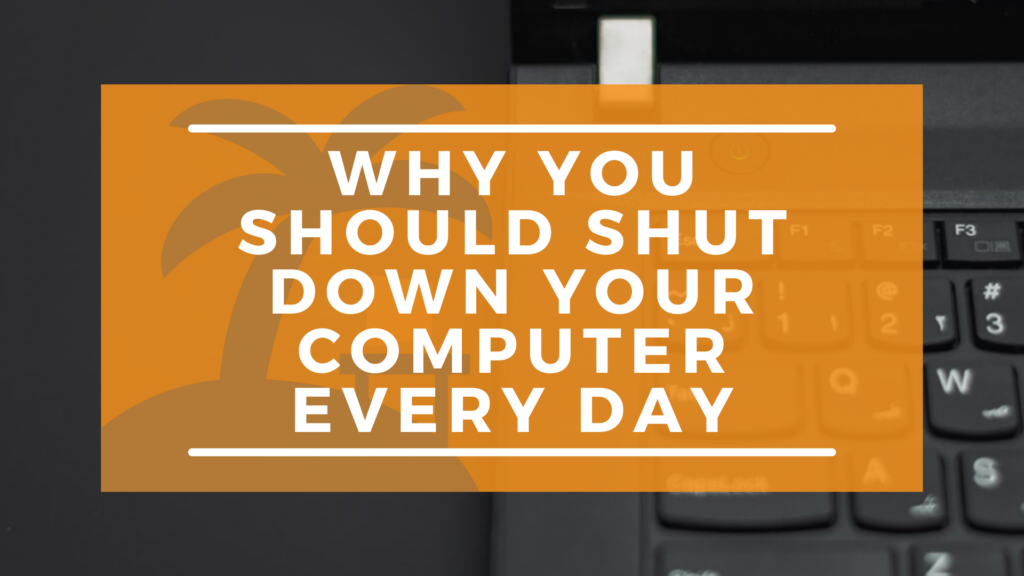 Computers have evolved, and we have come a long way from having computers that could fill up big rooms, as now we’re blessed with laptops that can fit into tiny bags. Computers have evolved, and today we have computers that can act like game consoles, televisions, cinemas, graphics tabs, and so much more. The evolution might not have come easy, but it’s pretty clear that it’s here to stay.

However, for human beings to reap the fruits of such an evolution, they have to play their part in ensuring that the computers last for the specified Lifespan. There are many ways to make your computer last, and there are even more ways to cause an untimely demise; the choice remains yours.

Here, we will be describing the importance of turning off your computer at least once a day; we will also be describing some of the technical issues and overall wear and tear of leaving your laptop all day and all night long.

Furthermore, we will be explaining why shutting off your computer or computer is essential and how it would lead to a sustainable working experience. We will be closing out the discussion by giving you a few tips on how to go about the above processes, and you’ll see the benefits of the whole thing in no time. So without further ado, let’s get to maintenance! 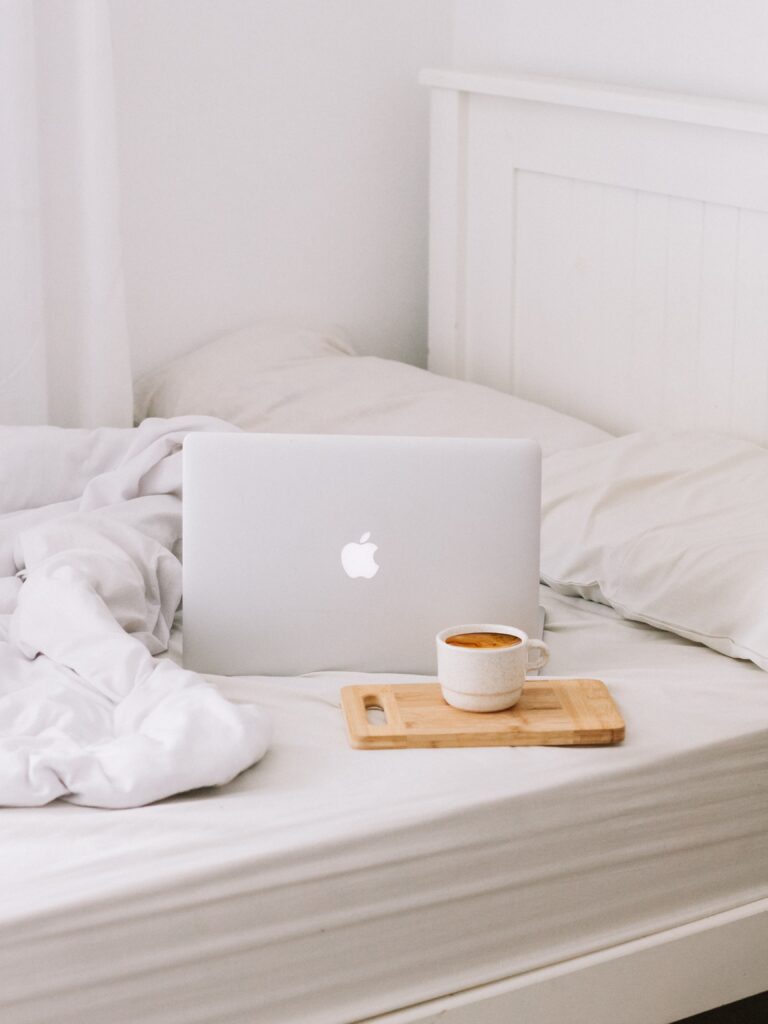 The Importance of Shutting Off Your Computer

Understandably, most computer users are skeptical about shutting down their systems, especially during a busy working day. They might be worried that they’ll miss something important, might be concerned that something might just come up, and they might be suckers for easy access.

However, it is essential to balance all this and ensure that consistency is carried out in shutting down your laptop or computer after use. That’s because of a couple of reasons, reasons such as the following.

Everything has a lifespan, and laptops and computers aren’t excluded. They are perfectly designed and wonderfully crafted to perform a wide variety of duties, but once it picks up, the next thing to do is to replace or repair.

However, by shutting down your laptop or computer after use, you’ll be adding a couple of months or years to your treasured possession. That’s because it would enable inner components to be still fresh, it extends the laptop’s battery, and you’ll be surprised at how much heat you’d be avoiding.

Imagine meticulously taking care of your computer or laptop for years, and it’s an unfortunate power surge that causes its untimely passing. That’s a story that we’ve heard more times than we could ignore, and it would surprise you how frequently it occurs.

That’s why you should permanently shut down your laptop when you’re about to sleep and also ensure that you unplug it from the power supply. Furthermore, “it’s important to note that while surge protectors will protect your computer from small spikes in electricity, they won’t protect you from large surges such as lightning strikes.”(1).

How easy would it be for snoop to casually get access to your confidential information if you leave your laptop or computer on when you go to sleep. However, if you take your time to shut it down properly, the reverse would be the case.

Confidentiality is such an essential thing in the business world, and computers go a long way in determining that. So for the sake of your clients, family members, and close friends, ensure that you shut down your laptop before you go to sleep! You see some other perks in a bit. 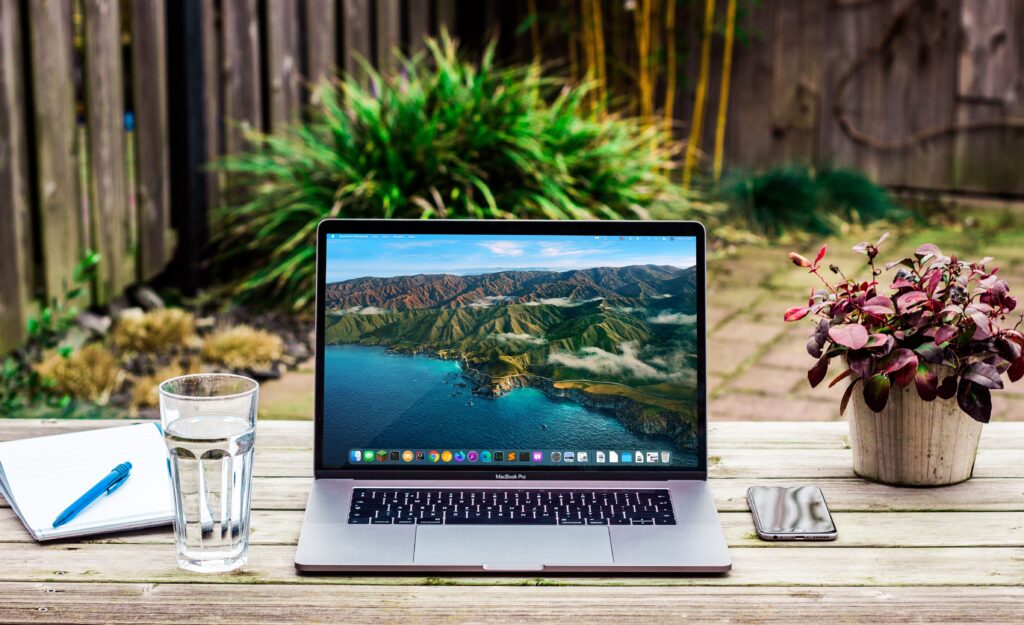 Laptops weren’t created always to be powered on, and that’s why there’s a power-off button. However, old habits die hard, and it’s not uncommon to see laptop owners plugging them in permanently and skipping the critical part of turning them off.

This bad habit has numerous disadvantages, and such could cause technical issues and overall wear and tear on the laptop. Here are some of the most common problems that arise:

In a way, laptops share some characteristics with actual human beings, and one of the said characteristics is the ability to get infected by viruses. If a person skips the essential part of shutting down after a day’s job, such a person would be setting themselves up for a virus attack. It’s better safe than sorry, as these viruses could be deadly and almost impossible to erase.

Laptops are gadgets, and they have a lifespan which they won’t go beyond no matter how good you take care of them. However, leaning your laptop powered on 24/7 would make the laptop’s demise closer, and before you know it, the sad day would come. That’s mainly because all laptops have a millage, and the longer you keep yours on, the bigger chance of it hitting its millage in record time.

There are other technical issues, wear and tear problems and a host of other unique issues that could arise when a laptop owner doesn’t do the right thing. Such include an increased chance of breaking, unwarranted attention from a wide-eyed toddler, and the hinges’ possible slacking. It’s up to you to ensure that these don’t happen, and how can you do that? By shutting down your laptop at bedtime, of course.

Why is Shutting Off Better than Sleep Mode?

Whoever invented the sleep mode feature on laptops deserves a pat on the back, as this feature is a true life-saver. It helps when a person isn’t too eager to shut down, and all he needs to do is tap the power button once, and his laptop would take a nap.

However, there’s nothing that beats a proper shut down; not even a wink through the sleep mode could come close. Here are a few reasons why a proper shutdown is the best option.

The main reason why shutting down a laptop is a more innovative alternative is because of the power issue, as shutting down would null and void. You’ll be conserving more power by shutting down instead of putting your laptop to sleep, with the best part being that you can avoid any sudden power surge in the process.

2) It improves the Lifespan

As we said initially, laptops have a limit, and anything beyond that would usually spell trouble. Constantly using the sleep feature would move your laptop towards an inevitable and quick demise, and that would be pretty unfortunate considering how unnecessary it seems. Laptops ought to have a proper rest after a day’s job, and not merely a snooze, which means that you can access them in a matter of seconds.

When living with other people, it’s essential that you set boundaries and erect privacy laws to ensure that people don’t peruse where they shouldn’t. That also includes the laptop, and you should try your hardest to ensure that you play your part in the privacy realm.  That includes you shutting down your laptop, putting it under lock and key, but one thing is for sure, placing your computer in sleep mode doesn’t do wonders for a laptop owner’s proposed privacy.

From our discussion thus far, it’s pretty easy to see where we stand in the sweepstakes of shutting down a laptop or putting it to sleep. Here are a few long-term benefits that should make you reconsider choosing the latter.

Laptops work better when they are faster, and that’s why they are the go-to option for gamers, graphic designers, and complex word processors. Shutting down your laptop when you’re through with work would go a long way in ensuring that your laptop retains most of its speed, even when it gets older. It’s just like a professional athlete; the less he or she runs, the longer they can run through the subsequent years. 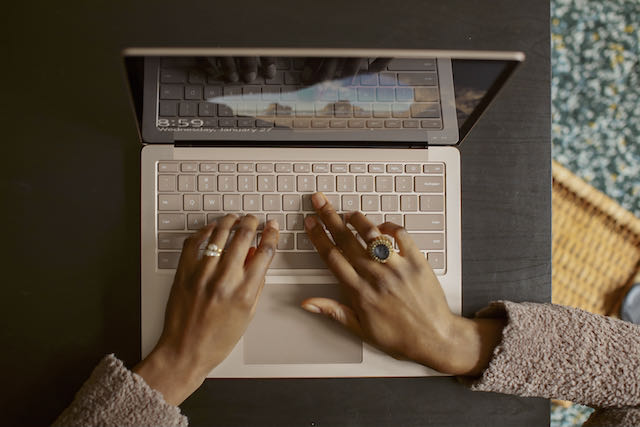 Electricity isn’t getting cheaper, and as a laptop owner, there’s no way you can avoid paying it. However, it’s a known fact that laptops consume an insane amount of electricity when used, so why don’t you shut down and unplug them when not in use?

That way, you’ll save a significant amount of money, which would have been “invested” in electricity bills, leaving you to use that money for something you find more necessary, such as a gamepad, a Corel Draw installation, or maybe a new laptop skin. It’s not a one-day thing, and before you know it, you’ll be reaping the fruits of this new practice.

There are numerous other long-term benefits that a laptop owner would enjoy if the said laptop owner takes their time to shut down the computer instead of putting it to sleep. Such long-term services include minor wear and tear, improved privacy in the long run, and most certainly protection from some pesky viruses. The list is an extended one, and you’ll be sure to be doing yourself a massive favor in shutting down instead of merely taking a snooze!

No rule says you can’t get out your laptop to sleep all the time, instead of shutting it down when not in use. However, it would be a smart move to go for the latter, as the advantages far outweigh the disadvantages.

Just like human beings, laptops also need to have extended sleep periods and not merely power naps all the time. It isn’t harmful to leave your system on all day, but that’s only if you’re working on it all day, but if you aren’t, you should power it off.

Laptops are immense these days; they make a professional’s work more accessible, improving productivity remarkably. The least you can do is play your part in ensuring the laptop is fully optimized when not in use, and that involves shutting it down when not in use!