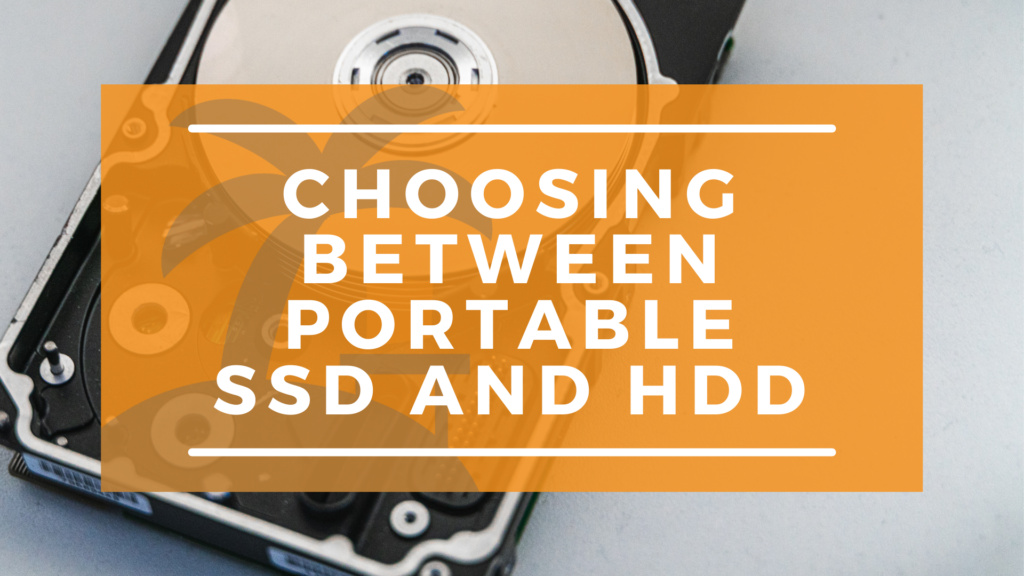 The need to store a large amount of digital content has necessitated a high rise in the usage of storage units, especially the Portable SDDs and HDDs.

More often than not, professional tech enthusiasts are faced with the problem of choosing which of these two best suits their purpose. Because of the need to store and transfer a large amount of data at great speed, it has become imperative to have a reliable storage device that will enable users to augment their creativity, so to say.

Hence we will be examining the Portable SSD with its counterpart, the HDD, outlining the benefits of using either or both and pointing out the disadvantage one has over the other.

The Portable Solid State Drive is a storage unit produced by different brands across the globe. It is a new storage technology, even though it has been around for a while. If you just purchased a laptop, there is a high chance it will come with a solid-state drive. A traditional SSD has no moving parts; it uses a NAND flash memory.

The more NAND chipset an SSD has, the more the memory capacity. The HDD is suitable for people who need much more space to store a large amount of data. If you want speed over length at a considerable price, the SSD is your best option.

The hard Disk Drive (HDD) is the traditional storage unit that comes with most desktop units and even laptops before the emergence of the SSDs. It uses a circular disk known as a platter to store data by spinning allow the read-write arms to read or write data to it as it passes.

That means the faster the platter spins, the quicker your complex drive works. That can affect the flow of work, and its time for your applications to install, load, and open.

Old HDDs use IDE connection ports to connect to the motherboard, but the current connection model has been made available with the SATA ports.

The first thing to consider when choosing between SSD and HDD is the price. Hard Disk drives are relatively cheaper than most Solid State Drives. While some SSDs are more affordable than others, the SSD is more expensive per gigabyte than the HDD. You could consider choosing between a cheaper SSD for speed or go for a Hard Disk Drive if what you need is space.

When it comes to storage capacity, the Hard drive is the way to go. While the SSD can now have up to 2terabytes worth of space, the HDD storage capacity ranges from 40GB to 12 terabytes.

It is advised that you go for various smaller hard drives to have your data access different storage units instead of one big HDD. That is because in a situation where it crashes, having your data in other drives ensures that you don’t lose all at once.

In addition, the Solid-state drive is much faster than the HDD. Because SSDs don’t have any moving parts, their speeds are not dependent on RPMs, unlike the HDD, but on the technology and the data connection of the drive.

That ensures that the SSD executes tasks and installations faster than the HDD. When it comes to speed, the SSD is the way to go.

The SSD generally renders faster than the HDD, especially those with PCle connections, which drives slot into the PCle lane of a motherboard. The Solid State Drive is easier to install than the HDD, and many also come in much smaller sizes than the HDD. Modern technology has made it possible for an SSD to have the same capacity limit as the HDD.

Things to consider when choosing between SSD and HDD are not limited to the above. The SSD consumes less power than the HDD. That means more battery life for your laptop computers. Though this depends mainly on the type of SSD you use and the purpose you are using it for. The SSD also has no moving parts, making it more robust and suitable for laptop computers than the HDD.