This system is another reason why a lot of people prefer the Chromebook over its counterpart. This laptop was basically designed to make the life of students easier as we will see in this article. Its combination of a small size plus heavy functions is sure to leave you in awe. Below is the full systematic review of the HP Chromebook 11. 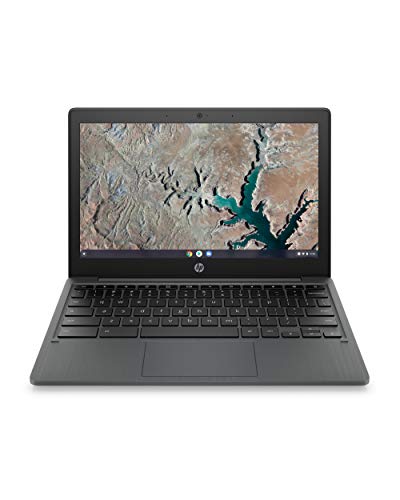 The HP Chromebook 11 is substantially heavier than its counterparts weighing almost three pounds. The system is built like a tank and it’s sure to survive a couple of falls as I tested it myself.

The laptop also comes with two Type-C USB ports which is definitely a steal considering how much the laptop was gotten for.

Now, bearing in mind that the computer is relatively small in size, it has a direct reflection in the display of the system. It however produces the right color tones and therefore visibility isn’t a problem for this system.

Thanks to the way HP designs their products, it has a hinge that allows the laptop screen to be bent at an angle of about 180 degrees. This is however not really advisable though because visibility will be really bad.

The HP Chromebook 11 really is a small giant. Its size doesn’t affect its performance as the system is known to be able to perform virtually all functions including video editing and gaming.

The battery of this laptop is pretty good too, a full charge can last for almost 20 hours. It goes from zero to a hundred in about 3 hours.

Having a 12.04 x 8.18 x 0.74 measurement doesn’t affect the system’s ability to produce sound. After listening to music on the laptop I found out that the sounds are clear and audible at low volumes, the sound becomes more muffled at higher volumes though. All in all it is probably best to use the system with either headphones or another external hearing device.

The system comes with an Intel Celeron N4000 processor alongside a maximum 8GB of Ram and 64GB of internal storage.

The keys on this laptop are sleek, the keys are given just the right amount of spacing therefore typing is really enjoyable. The keys don’t require too much pressure as they are very responsive (you don’t have to worry about the keys falling off).

The touchpad itself is also quite remarkable as it responds well to touch and can even still function if a small amount of water finds its way on it.

This system will generally be enjoyed most by students of all ages, it is also quite proficient for people who want a not so expensive laptop that will still perform all the other basic tasks and a few of the very advanced tasks. The fact that the laptop is also spill proof makes it beat most of its rivals as you can still operate the system with damp/wet hands. The strong battery allows users flexibility as you do not need to constantly be seen with your charger.

There’s a reason we included this laptop in our list of the best laptops under $200. All in all this is a very solid system, you’ll definitely be getting more value for your money by purchasing this masterpiece.