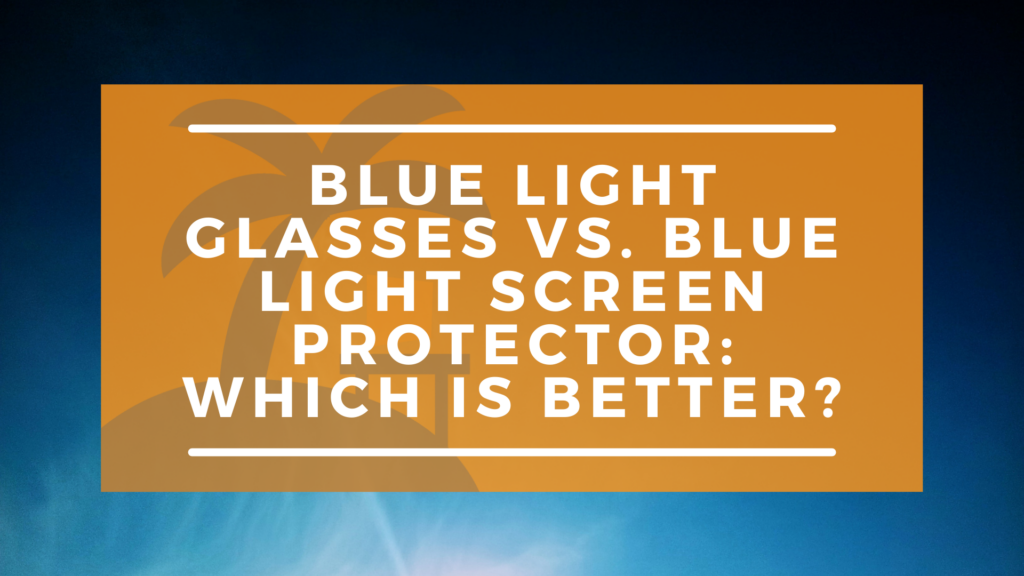 These days, more and more people spend hours in front of laptop screens, and they don’t know the long-term effects. A lot of work is done on these screens, so there’s no avoiding such use. However, technology has furnished such laptop users with tools to mitigate the effects of excessive screen use.

So here, we will be giving you a concise description of blue lights and how they could be harmful to a user. Also, we would describe blue light technology and take you through the nitty-gritty of its resolution. Further along the line, we will explain the pros and cons of both blue-blocking glasses as well as blue-blocking protectors.

At the end of the discourse, we will tell you the technology we prefer and why we feel it’s more effective. So without much ado, let’s showcase the tech gadgets we have in store.

Blue light is the ray emitted from your phone or laptop when you use it nearby. That could be an issue if you spend hours in front of your device without taking regular breaks or finding a regime that suits your eyes. Blue lights are some of the significant flaws of the smartphone age, as gadget users did not have to worry about them back in the day. There are many ways in which blue lights could be harmful, and we’ll show you in a wee bit.

First off, blue light can cause blurred vision, as the rays from the device have deterrent effects on your eyes. Also, they can lead to long-lasting eye pains, as you would find yourself straining your eyes to see the essential things.

Furthermore, blue light could cause people to have watery or dry eyes, as this issue doesn’t help a routine eye nature. Exposure to blue light has been linked to the development of age-related macular degeneration (AMD), and there is growing medical evidence that blue light exposure may cause permanent eye damage.

So what’s with Blue Blocking Technology? 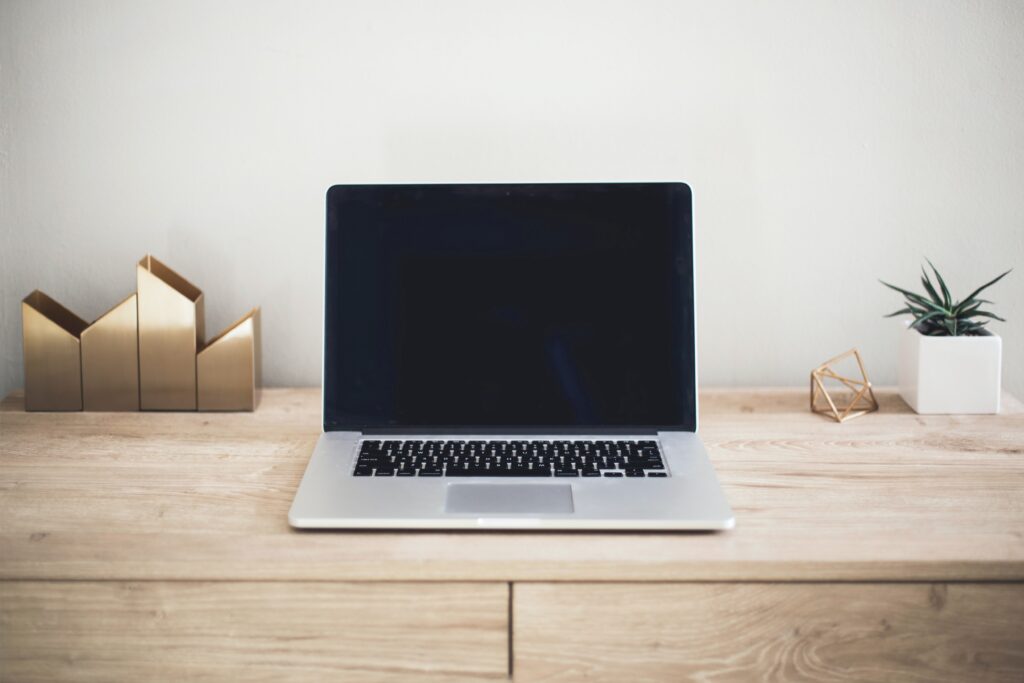 Blue blocking technology is any tool, device, gadget, or functionality that helps protect the human eyes from the damages caused by blue light. Such forms of technology include but aren’t necessarily limited to blue light glasses and or blue light screen protectors. Blue blocking tech works wonders in an issue that has been brewing for the past decade or thereabouts. Here’s how blue-blocking tech nips the problem in the bud.

Spending hours in front of moving pictures isn’t such a good idea, but it gets unavoidable now and then. However, investing in a pair of blue light glasses or a blue screen protector could go a long way. One of such ways is that you’ll be promoting visual comfort in such a way that you’ll be at ease while using your gadget. Visual comfort is such an underrated proposition. However, you would richly enjoy the benefits in the long term.

2. Prevents the Alteration of the Sleep Cycle Hormone

Avoiding an alteration of the sleep cycle hormone goes a long way in ensuring that you remain productive. However, the effects of blue light could be a significant flaw in such a pursuit. That’s until you purchase a proper blue light protector or glasses, as then you would essentially curb your problems.

Sleep is super important for everyone, especially for people in the working class. It would be a sore shame if your computer or smartphone put a dent in your sleep circle, but that’s why blue-blocking tech exists in the first place.

Your eyes are already one of the most active sense organs in your body; it only fits that you cut them some slack. That’s not the time that you should be exposing it to the travails of blue light and other things that come with it. The right thing is to get a proper protector, using such a protector, and saving your eyes for the greener pastures. That’s one of the reasons why blue light filters come in handy; you too should give it a shot! 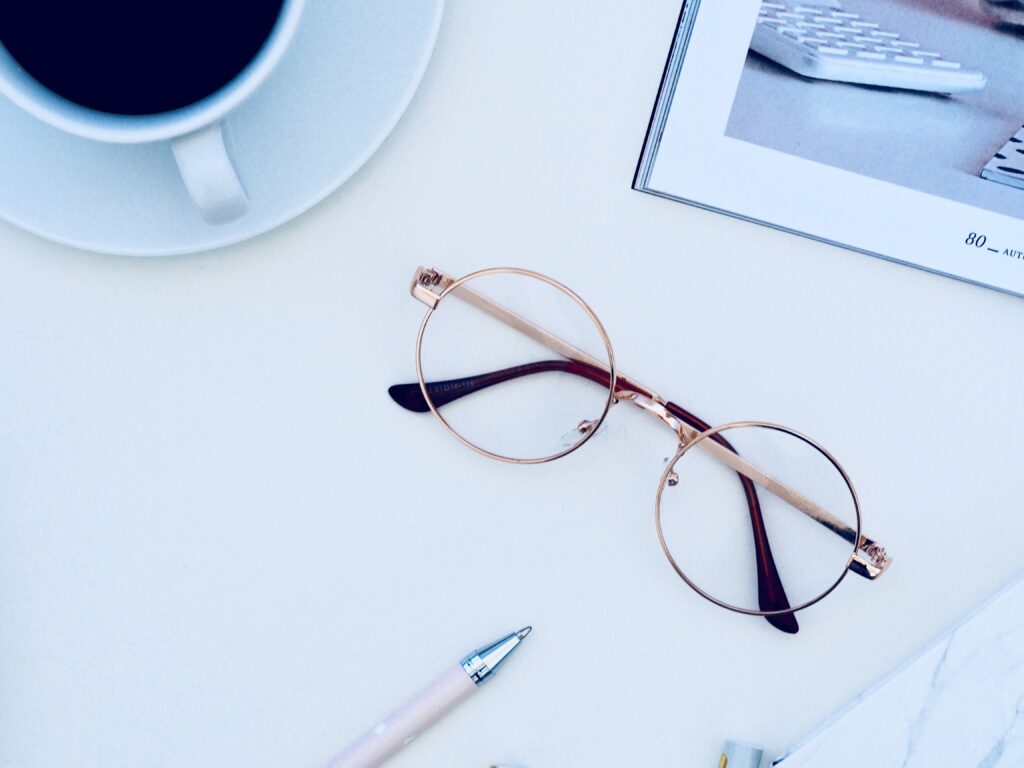 The Pros and Cons of Blue Blocking Glasses

Which Is More Effective and Why?

In my opinion, I feel that the blue light screen protector is more effective, and I’ll tell you why. The blue light screen protector works with a more sophisticated technology when compared to the glasses, and that’s because of the proximity. The drinks are closer to the eyes, so the makers avoid altering the user’s vision. While, on the other hand, the protector is on the screen so that the makers can work with more flexibility.

My reasons could be null and void for other users, but in my years of dealing with blue light filters, I’ve had more success with screen protectors than the glasses. Furthermore, screen protectors tend to last longer than glasses, as you don’t have to bother about someone breaking or swiping them.

Blue light has the potential to be one of the leading causes of eye issues in the next couple of years, and that’s why tech providers are scampering to find solutions.

We have shown you two of the finest solutions to a potentially sordid tale, and we’ve given you our two cents. It’s up to you to do the needful, as blue light-blocking filters are necessary for all tech enthusiasts. You can’t limit your screen use, but at least you could save yourself from long-term stories that touch.